Day of Decision: The happiest day so far

I'm cis-gender, white, heterosexual, sheltered, privileged, and mom to two healthy kids whose births were joyous. And yet, somehow, I count the Day of Decision as the happiest of my 60 years.

On that day, June 26, 2015, I had friends and co-workers who had fought hard for equality and justice in the face of hatred and discrimination. I'd heard their stories. Some were so outrageous and abhorrent, they were gut punches. Some were knives.

I'd seen the better side while working in Braun Court, a central spot of Ann Arbor's LGBTQ community and where Trillium is located. So many people there were deeply dedicated to the cause of equality and, in particular, the right to marry. Chief among them were Sandi Smith and Linda Lombardini, Trillium's owners.

It was they who brought the Michigan plaintiffs and attorney—whose case was part of the U.S. Supreme Court case—to Braun Court to wait for the decision on same-sex marriage. Sandi and Linda, themselves, were in Trillium's front office, cameras trained on them, waiting to hear the news.

Tons of us were waiting. The media were hovering in the courtyard, waiting. I was elsewhere, half-waiting and totally anxious. When my phone dinged and I read the notice, my eyes damn near popped out.

Such. Immense. JOY. An electric arc of euphoria and relief.

'OMG, I gotta get to Braun Court NOW!'

Hundreds of others thought the same. The courtyard was jammed, jammed with happiness that spilled out onto Fourth Avenue and Main Street and all around Kerrytown. Laughing and crying and hugging was everywhere and all at once. Streamers and dancing and music and buttons and just utter joy. It kept going for hours, 'til well after nightfall.

The very best part of that amazing day was watching an elderly couple, dear friends of Trillium's who'd been together, hidden and quiet, for decades. They got married right on our porch steps.

As did so many others. Minister friends of mine suited up and headed to Braun Court and the County Courthouse just to help out.

It was just the best day ever.

Now, the Day of Decision celebration this Sunday, June 24, is even more important in light of our current political ...um... let's call it backwardness.

So do join in this year. Activities will be in Braun Court, sponsored by the Jim Toy Center, our across-the-courtyard neighbor. Trillium's very own Kathy O'Connor is helping to run the show.

For a rundown of all the activities, see the center's Facebook events page. Festivities are from 2-7 p.m. at the center, 319 Braun Ct.

Overall and to all, I wish you a Happy Happiest Day. 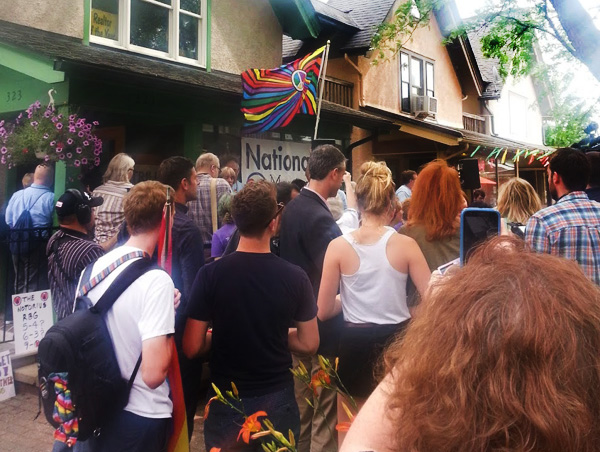 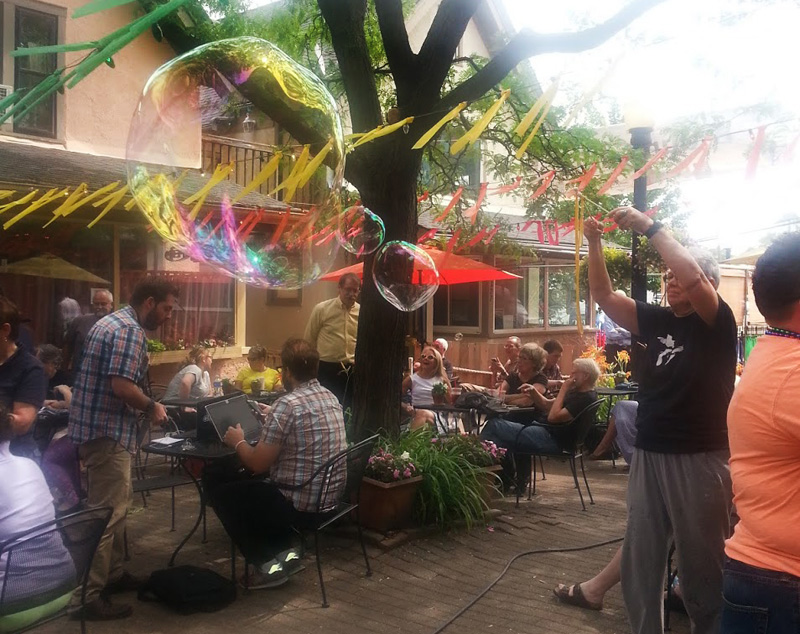 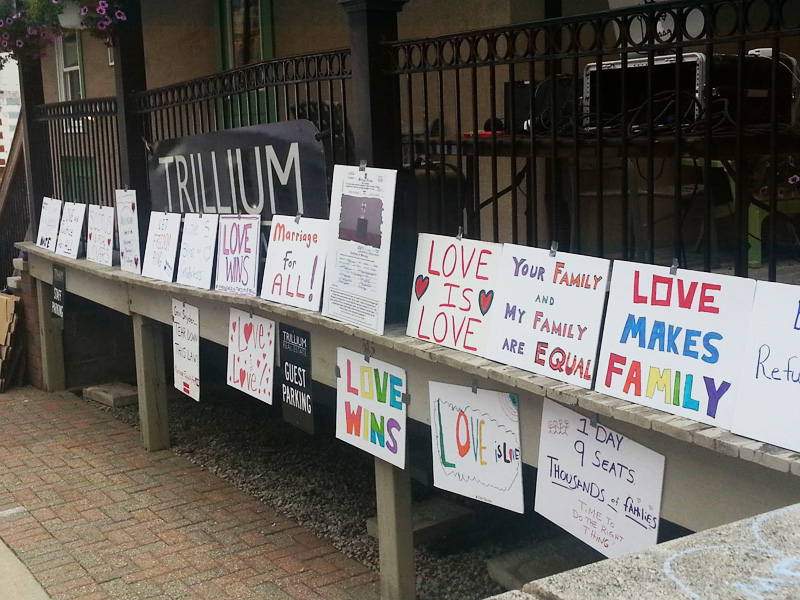 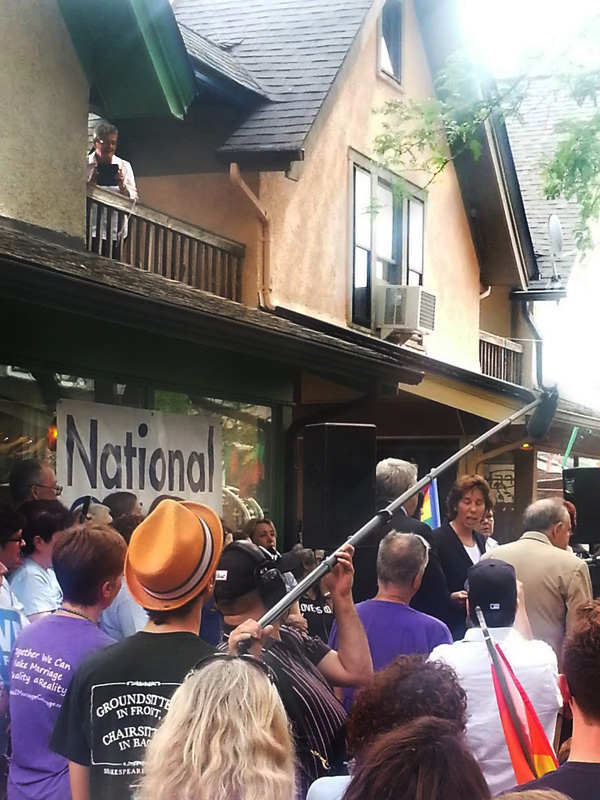 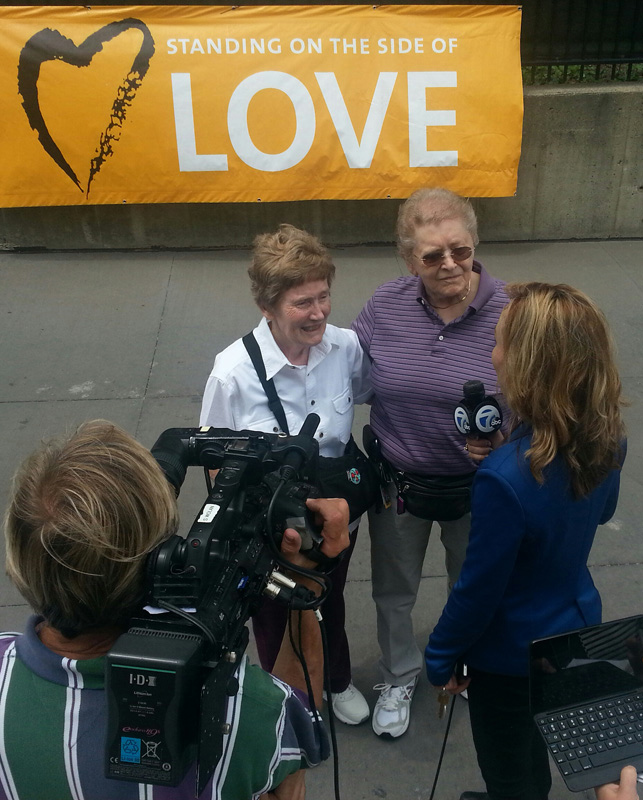 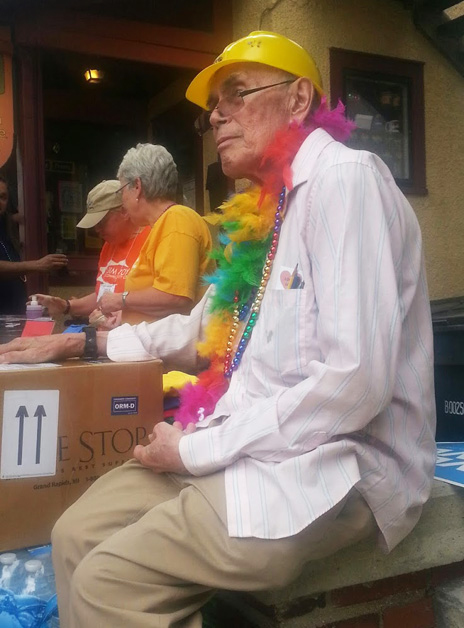 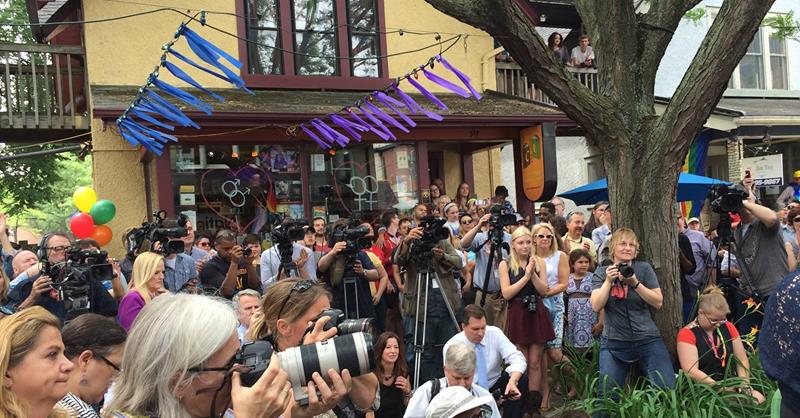 Ask away. Schedule a time to talk with us.